The Rhythmic Qualities Of Your Lead Guitar Playing 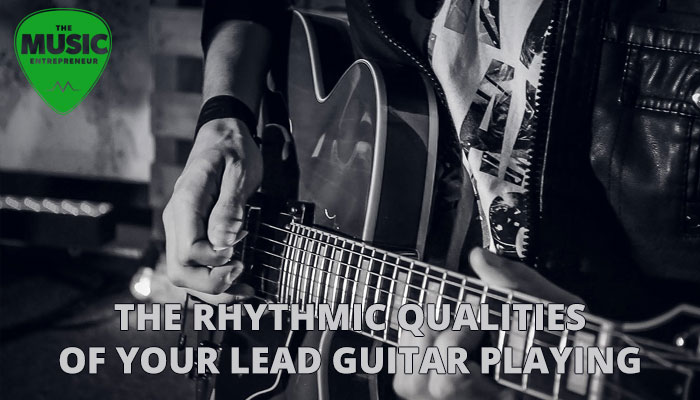 Though I still have many breakthroughs, they tend to be more on a technical level and not so much on a theoretical or mindset level.

However, there’s something new that finally clicked into place for me recently. It was a profound realization for me, but I imagine it might be pretty obvious to a lot of you guitarists out there.

When you think about a guitarist like Eddie Van Halen, people often say “he’s always playing the same stuff.” True or not, there is a certain thematic thread between all of his lead playing.

It’s not a bad thing to have a signature sound. However, the thing about Van Halen is that he’s a largely untrained guitarist. His playing really is a reflection of the way he hears and feels music.

That could very well be the reason why some have observed that his playing is always relatively similar. Again, it doesn’t take away from his incredible ability – which I have immense respect for – but it serves to illustrate the point I’m making.

The cool part is that I’m now understanding what I discussed with JJ Soriano many years back. I’m now realizing what made him such a fantastic guitarist; it was his ability to play in a variety of different styles and tap into the rhythmic qualities of the genre he was after.

He said, “People always ask me what scale I’m playing, but it’s not about the scale. I’m thinking more in terms of styles, like Caribbean grooves, and what that would sound like.”

Wow. It didn’t make a lot of sense back then, but it makes a lot more sense now.

From now on, I’m going to be paying a lot more attention to the rhythmic qualities of my lead guitar playing.