Income Comparison: Top Musicians vs. Those in Average Jobs [INFOGRAPHIC]

It’s no secret that music’s biggest stars rake in the dough. Between selling out stadiums and getting billions of Spotify streams, the Biebers and the Beyonces of the world make millions, perhaps deservedly so.

However, the gap between music’s biggest stars and their fans – people in average jobs – remains vast. What takes a nurse or an engineer an entire year to make can be earned by a top musician in a matter of hours.

In light of Oxfam’s recent inequality report, we felt that this massive income gap was worth studying.

To do this, we made a list of of 2017’s top earning musicians according to Forbes. The list was filled with names most of you will recognize – Diddy, Beyonce, Taylor Swift, Calvin Harris, Justin Bieber, etc.

Next, we made a list of some of the most common professions in the US along with their median wages according to the BLS.

We then calculated how long it would take a top musician to make the same annual income as it would in a common profession.

The results were surprising and highlighted two things:

The data is both inspiring and sobering.

We compiled our findings into an easy to read infographic:

What do you think? Are the incomes made by top musicians justified? How long does it take for your favorite musician to make your salary? 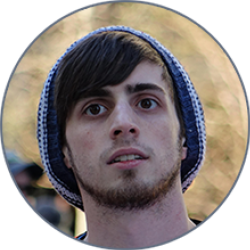 Ryan Harrell
Ryan Harrell is a B2B startup marketer turned musician. After years of helping businesses capture leads with content, he quit to follow his lifelong music dreams. He currently helps musicians find the right audience and tools at MIDINation.