How Music Can Help You Recover From Drug Addiction

Tweet
Share
Pin
Share12
12 Shares
Do you believe in the healing power of music? I know I do. In this post, Jonathan Richardson shares how music can help you recover from drug addiction.Now, here’s Jonathan!

It has been described as “the first and only recovery orchestra in the world.” Comprising about 14 members, the New Note Orchestra in the English seaside town of Brighton helps recovering addicts stay clean through music.

The orchestra composes their own music and holds public concerts throughout the year. Singing in the orchestra brought Jo Barnett – a recovering alcoholic – back to life; as she described collaborating with the orchestra, “Doing this is like becoming awake.”

And Dan Blomfield – also a recovering alcoholic – credits the orchestra with saving his life. Told by doctors that he might never make it to the age of 40 if he continued “drinking to excess,” Blomfield is now healthy and clean, and he celebrated his 40th birthday this past May.

Music is a powerful force. But, how can music help you recover from drug addiction?

First, let us better understand what music therapy is and what it looks like in the context of drug rehab. Then, we will consider what scientific research has to say about how music therapy can help those recovering from drug addiction.

Music Therapy: What It is and What it Looks Like

When a trained musical therapist engages with individuals to listen to, create, discuss, or perform music “within a therapeutic relationship,” this is considered music therapy.

Music therapists are trained not only in music but also in medicine and psychology so that they can create therapy plans for patients having dementia, movement disorders, asthma, and substance abuse disorders.

A music therapy program provided at an “inpatient treatment facility” in Ohio serves as an example of what music therapy within the setting of drug rehab might look like.

At the facility, 16 women received “nine, twice-weekly 60- to 90-minute music therapy sessions.” For each session, the women gathered in a large room to form a circle around musical instruments, including triangles, drums, and a xylophone.

Pre-recorded music was also played at sessions. Participants could sing, perform on the musical instruments, and play musical games. As musical therapist Amy Dunlap describes these sessions, “A typical group consisted of an assessment check-in, a small ‘warm up’ intervention, two substantial, interactive interventions, music-assisted relaxation, a brief closing statement or check-out, before ending with group singing.” The general aims of these sessions were to help individuals express themselves, lessen anxiety, and improve “coping skills and communication.”

Music therapy has been used as part of addiction treatment since around the 1970s. However, there is relatively little research on how it helps those recovering from addiction.

More studies on music therapy and drug addiction are needed. Here is what we know so far and what we are learning from current research on the benefits of music therapy for those in recovery:

What We Know so Far:

Scientific research is uncertain about how well music works when used as an adjunct to drug rehabilitation. However, as is evident from the stories shared above, many individuals have been able to get clean and stay clean with the help of music.

If you are or someone you know is battling addiction, help is just a phone call away. 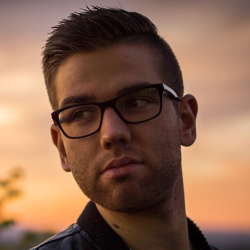 Jonathan Richardson
Jonathan Richardson is interested in reading and writing about music and enjoys listening to pretty much anything. He was a proud band geek in high school and college and now plays keyboards whenever he can. Music is his passion and he enjoys sharing this enthusiasm with others.