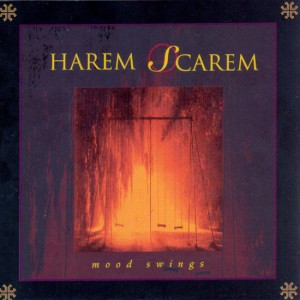 Yes, today it was brought to my attention that my favorite Melodic Rock band – Harem Scarem – is getting back together. Excuse me while I “squeeeee” like a little schoolgirl. How unbecoming…

No doubt many of you are wondering who Harem Scarem is, and for many years I have simply said that they are bar none the best Melodic Rock band in existence (and they are Canadian besides).

If I had to compare them to other bands out there, certainly Def Leppard would come to mind (but more virtuosic), and Bryan Adams too (but more melodic). I suppose you could categorize them as Hair Metal but in my opinion Scarem transcends the genre.

A Bit of a Track Record

If I’m not mistaken (I could be getting some of the details mixed up here so don’t take any of this as gospel), Harem Scarem first announced their departure in the late 90s. In reality, they were just in the process of re-branding.

In 1999 they quietly released an album under the pseudonym Rubber. According to lead signer Harry Hess, they wanted to prove to themselves that they could make it in the mainstream arena if they set their minds to it. They came out with the self-titled Power Pop record Rubber in 1999, and sure enough “Sunshine” became a hit single. Having established an international audience, the album was credited to Harem Scarem instead of Rubber in Japan.

Although the band continued to release several projects under the Rubber name, they eventually returned to the Harem Scarem brand in North America, presumably after the release of Higher in 2003 (internationally, most of their releases were still branded with the Harem Scarem name).

Fast forward several years to 2008, Harem Scarem had released their final album Hope and their last concert DVD, Raw & Rare. By all accounts, the band had a spectacular run with 11 full-length studio albums (12 if you include Ultra Feel) since 1991, and while fans had certainly hoped they would stay together and make more music, they had had a really good run and it looked as though this would be the closing chapter for Scarem.

Since the disbanding of Scarem, drummer Creighton Doane came out with a solo EP entitled Pilot Error in 2010 (still haven’t listened to it, so sorry Creighton!). Guitarist Pete Lesperance released Fade Into Stars in 2012. Harry Hess had a stint with First Signal.

There might be some releases I’ve missed, but as you can see the individual members of the band kept fairly active outside of the Scarem stamp. It truly is hard to imagine musicians of this caliber doing anything else.

Only days ago, Scarem announced their intention to re-record their classic album Mood Swings (which is a cool idea, but they are also doing it because they don’t own the masters to the original recordings), along with plans for an international tour. The release will be accompanied by 3 bonus tracks as well as a making-of DVD that is sure to captivate the attention of dedicated fans.

Hess has also announced that Creighton Doane will be unable to handle their growing list of tour dates, so Darren Smith will be taking over drumming duties, and Stan Miczek will be on bass.

Not done yet? Do you want to read more about Harem Scarem? Don’t worry, you can also check out my interview with Pete Lesperance from 2008!