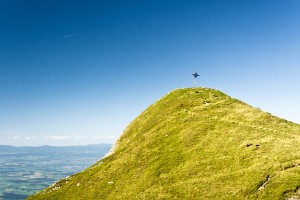 It’s nice to see results from the work you’ve done. Even if you have a hard time connecting the dots between what you did and how that resulted in the outcome you got (though it is important to track that as much as possible), it’s a gratifying and rewarding experience to see something work for you.

Recently, I’ve been selling a bunch of games, books, and DVDs on Amazon. Within 12 hours of listing, I started to see some sales. I had this strange feeling that I can only describe as “wow, something actually works.”

Having participated in so many projects and efforts that never produced the results that I wanted, it was a fresh feeling of victory. Of course, when you have product that people want, it will sell. I didn’t have to do any work convincing anyone that they would want my product, because someone had already done a good job of making it and marketing it in the first place.

When you’re approaching your own projects and creating your own product, it’s the opposite. You have to start from zero like everyone else, and when you don’t see sales right away, there’s obviously some marketing and strategizing that has to be done. You have to “get yourself out there”, so to speak.

Sometimes, however, results are not forthcoming. You’re in the valley, and even through you’re doing the work, nothing seems to be panning out for you. You feel like giving up. However, if you’ve been putting in consistent effort, it would be the wrong time to quit. You’re on the cusp of victory.

Certainly not to spout clichés, but there have been many people that have quit when they were on the verge of a breakthrough. This is why faith is so important.

I believe going on faith means putting in the work even when things don’t seem to be happening. It means staying the course when quitting seems like an attractive alternative. It means believing in the harvest when planting is all that you seem to be doing.

Of course, like Derek Sivers says, you want to get someone to say, “Yes! Let me pay for that!” However, you have to give your projects a fair shake too. You might also have to tweak or pivot a little in order to find your market.

There seems to be a period of “testing” that every successful person has gone through. If they had quit prematurely, then they may not have reached that point of success. I believe it’s just God’s way of asking “are you serious about this?”